Kit is a mentor and advisor to individuals and organizations, having enjoyed a career in human rights and nonprofit management in Washington, D.C. She studies interdependent historic and current forces, including spiritual, political, social, cultural, scientific and economic. As an intuitive consultant, she uses various tools for spiritual and energetic insight. 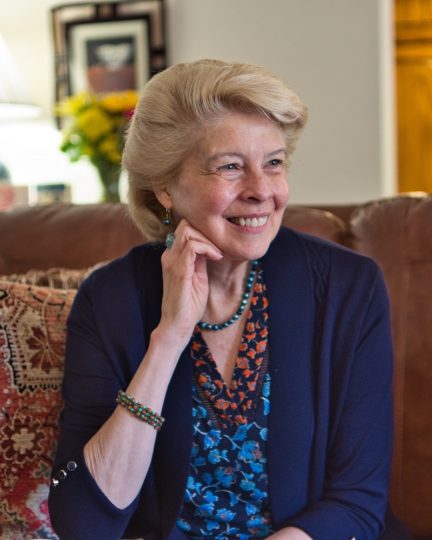 She was director of external affairs for the National Spiritual Assembly of the Bahá’ís of the U.S. for twenty-five years, where she represented the National Assembly in the promotion and protection of human rights, including religious freedom, the advancement of the rights of women, U.S. ratification of UN human rights treaties, and the elimination of racism. She advocated on these issues, often with other nongovernmental organizations, at the White House, the State Department, the Congress, the United Nations, and in the media.

Kit has specialized in government relations, international affairs, issue advocacy and campaigns, network/coalition building and leadership, and related strategic communications challenges. She had overall management responsibility for the functioning of the Washington-based Office of External Affairs (now known as the Office of Public Affairs), as well as oversight of the New York Office of the U.S. Bahá’í Representative to the UN; and the U.S. Bahá’í Refugee Office, and U.S. Office of Public Information, until their integration into other agencies of the National Spiritual Assembly.

She was responsible for informing the U.S. government and U.S. national news media about the persecution of the Bahá’í communities in Iran and other Muslim countries. She testified in numerous hearings and briefings before Congress on the oppression of the Bahá’ís in Iran and in Egypt, as well as other religious freedom issues.

She was the representative for the Bahá’ís of the U.S. at the 1993 UN World Conference on Human Rights in Vienna and the 1995 Fourth World Conference on Women in Beijing. In March 2000, she served as a public sector adviser on the U.S. government delegation to the UN Commission on the Status of Women.

Kit received the 2014 InterFaith Bridge Builders’ Award from the Interfaith Conference of Metropolitan Washington. In 2011, she received the National Award from the International Religious Liberty Association. She has spoken and published on human rights, religious freedom, international law, and the UN system, including at Harvard University and Law School, the University of Notre Dame, American University and Miami University. Her article, “A Campaign to Deter Genocide: The Bahá’í Experience,” was published in Genocide Watch by Yale University Press.

She received her degree at Smith College where she was elected to Phi Beta Kappa. She holds an MBA in international business from Georgetown University. Before her work for the National Spiritual Assembly, she held professional positions in both the public and private sectors in financial management and economic development.